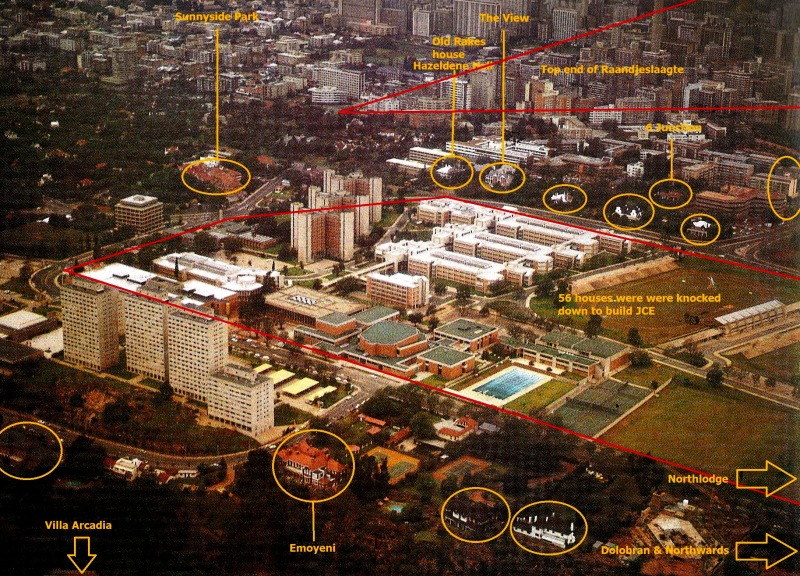 I’ve decided to do my own 10km heritage run through Parktown on some weekend mornings. I started running about a year ago after giving up smoking. Problem is that I find running a bit pointless..as well as pretty boring (apologies to all my serious running friends).

I will concede that besides the obvious health benefits, it does sometimes help me think things through. The other thing is that I’ve never run 10km in my life, so since I’ll be doing a fair amount of walking (I can only manage about 4km straight at the moment), I figured it would be a great idea to take in and catalogue some of the historic houses in Parktown for the blog/story. Each time I’ll take a slightly different route and eventually try and cover the whole of Parktown.

A large part of the story I’m working on takes place in the Parktown and Hillbrow area in 1912 and it’s where this blog will eventually end up. It was the realisation that Parktown was once all houses (and not the Joburg General Hospital and Teachers Training College precinct with a highway running though it we know today) which was the second wave of inspiration for my interest in Johannesburg’s heritage that feeds the story.

As a teenager, I lived on Clarendon Circle on the Hillbrow/Parktown border between 1988 and 1990 and always loved the few old houses left behind. Most of them were demolished in the late 60s and early 70s before I was born. Sources tell me the apartheid government of the time had no issues with tearing down the suburb as it was once a British stronghold of wealth and influence, especially around the time of the Jameson Raid in 1896 and Anglo Boer War 1899-1902, and a bit of a thorny reminder.

20 Mar This entry was published on March 20, 2011 at 8:14 pm. It’s filed under Johannesburg and tagged Jan Smuts Avenue, Melville, Parktown. Bookmark the permalink. Follow any comments here with the RSS feed for this post.